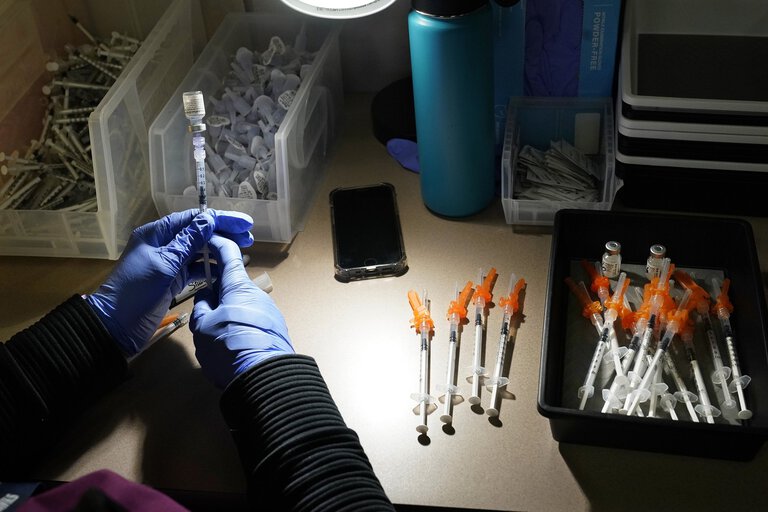 A last-ditch effort to halt Gov. Jay Inslee’s COVID-19 vaccination mandate for state employees and health care workers was rejected Monday morning by a judge who ruled that Inslee has acted within his legal authority.

The decision leaves Inslee’s order in place as the Oct. 18 vaccination deadline arrives for hundreds of thousands of public employees, the vast majority of whom already have been vaccinated.

Murphy rejected arguments by an attorney for dissenting employees that the mandate violates their constitutional rights and will cause them irreparable harm, ruling that they were unlikely to prevail on those claims. The bar for an injunction was high, she noted, and would have required plaintiffs to show that Inslee’s vaccine proclamation was unconstitutional on its face.

In an oral ruling from the bench, Murphy said, “because the governor had the legal authority under the powers granted to the governor … even if the individual plaintiffs show individual instances in which the proclamation and resulting actions may be unjust, the plaintiffs have not met their burden to show that it is unjust in all applications.”

Murphy called some individual stories of plaintiffs “quite concerning” but said they had not proven irreparable harm from losing their jobs for refusal to comply with the vaccination order. “The harm is financial only,” she said.

Nathan Arnold, a Seattle attorney representing the dissenting employees, argued at the virtual hearing Monday that Inslee’s order violates the rights of employees who object to vaccinations on religious grounds.

He described the order as imperious, noting the governor’s refusal to allow unvaccinated workers to stay in their jobs if they submit to regular COVID-19 testing — an option offered by other state and local mandates. “They’re advocating for King George, not George Washington,” he said of the state’s attorneys.

Zach Pekelis Jones, an attorney for Inslee, responded that the governor’s order is in line with longstanding legal precedent upholding the constitutionality of mandatory vaccinations as a response to public health crises.

He noted Inslee announced the vaccination mandate as the COVID-19 pandemic surged again this past summer due to the highly contagious delta variant, and that Inslee is trying to stop a contagion that has killed 8,200 Washingtonians, including some state workers.

“The governor adopted the proclamation to avoid more such needless deaths,” said Jones, an attorney with Seattle’s Pacifica Law Group, who has represented the state in several challenges to Inslee’s mandate.

Monday’s ruling does not end the lawsuit, but means that enforcement of the vaccination mandate can proceed as the case continues.

Arnold, in an email after the ruling, said he was disappointed in the ruling and predicted firing unvaccinated workers will not promote public health.

“The spread of COVID will not decrease where the same nurse is now a waitress; but, more people will die in our already overburdened ER rooms. I now anticipate a couple years of litigation over the individual harm caused to my clients,” he said.

Inslee’s executive orders and proclamations have faced numerous legal challenges by conservative groups, businesses and state employees, but none has proven successful.

Rapid Way Of Clean With Right Selection Of Pressure Washer